Until a few months ago, I knew little to nothing about Canada's history, but I started feeling it's very rude and disrespectful. As a foreign immigrant, I personally think I should respect the culture, history, and people I'm regularly interacting with in this beautiful country. Hence, I have been intentionally building my knowledge through several museum visits and online resources (e.g., Indigenous Canada from University of Alberta on Coursera, a webpage from the Government of Canada: Discover Canada - Canada's History).

From my point of view, there are several key moments I commonly see across different resources:

Understanding the "dark" history for indigenous people. We cannot speak about Canada's history without mentioning the history of indigenous. While I'm still at week 6 of Indigenous Canada from University of Alberta on Coursera, I've been shocked every week as I learn how selfish the European settlers were and how indigenous's life, culture, and rights were threatened between the 17th and 20th century. The problem is actually very complicated as both sides had different ideas of diplomatic relations; though it's completely unacceptable, it is reasonably explainable why Europeans in the 17th century took such actions and why their relationship with indigenous communities, including establishment of treaties and regulations, didn't go well.

Seeking what I can do for Truth and Reconciliation. Given the irreversible history the country has, one of the most negative stories is about residential school, where indigenous children were forced to attend away from their families for the sake of assimilation. The history resulted in cross-generation traumatic events, and the government officially apologized in 2008 after years of investigation. Currently, Canada is at the phase of Truth and Reconciliation, and the Commission's reports made several recommendations to move together; reconciliation is not just for reflection but also for taking an action to make a better future based on a stronger mutual understanding. It has enabled me to think of what I can do as part of the history.

For the reason mentioned above, investment on education, museums, and archives plays a crucial role for Canada to improve everyone's understanding about indigenous [pdf]. I felt it's something I can be also involved immediately, and that's why I started learning more about the history. Based on my experience, one interesting finding is that small museums are surprisingly informative (and enjoyable). Of course, in British Columbia, there are big "must visit" museums like Royal BC Museum and UBC's Museum of Anthropology, but, for example, Nanaimo Museum, Sunshine Coast Museum & Archives, Okanagan Heritage Museum, and Museum of North Vancouver were all I can confidently recommend. In fact, a staff at Okanagan Heritage Museum told me that the exhibitions are made "with" indigenous people, and I highly respect such an act. 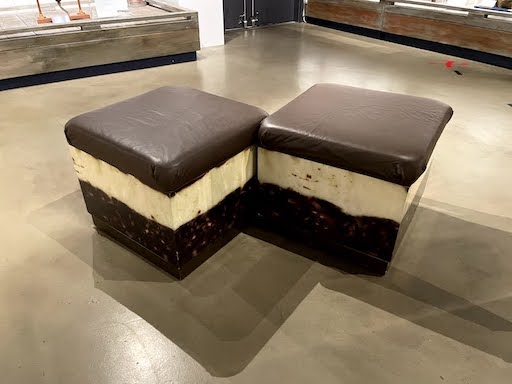 ^ Nanaimo Bars chairs at Nanaimo Museum. The small museums showcase not only the classic indigenous history but also European's life style and adaptation. Again, a mutual understanding is a key.

Realizing the deeper connection between Japan and Canada. Speaking of museum exhibitions, I (as a Japanese person) am surprised many museums also have a dedicated space for explaining a brief history of Japanese Canadians who were part of the local communities; all of the 4 small ones above had, as far as I confirmed. I've never imagined such a deep cultural relationship between two countries, but it makes sense as the country was established by settlers having diverse backgrounds. Here, Japan's Pearl Harbor attack in 1941 during World War II is an important moment for Japanese Canadians. Such anti Western country movements naturally hurt the reputation of Japanese immigrants, even though they didn't work for Japan. Eventually, Japanese Canadians had a challenging time during the period. To understand the background better, a book "Obasan" is currently on my reading list.

In this article, I summarized the key takeaways from what I've learned about Canadian history so far. However, at the same time, there are a lot more contents I haven't studied yet, such as indigenous's pre European settlement era and region-specific local histories. Meanwhile, my understanding is indeed limited and biased, so it's important to keep seeking learning opportunities whenever possible. The journey should infinitely continue as long as I live.